Pride and Prejudice in the Media

June was Gay Pride month and "we" were center stage in our annual spotlight once again. But the discrimination and stereotypes still prevail... thanks to the media. 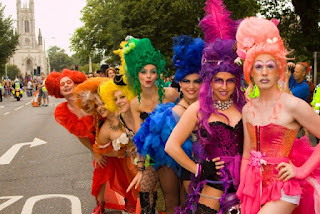 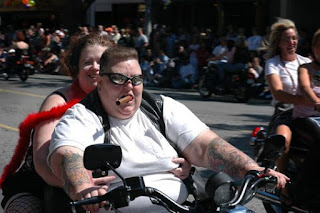 For me Gay Pride is not only about men wearing dresses and prancing around waving a sequined rainbow flag. It's not about the leather clad women looking like men revving their big powerful motorcycle engines. It's not about transgender and what bathroom we can or can't use or even who or what we identify as. Gay Pride is more than the stereotypes that the media continues to focus on and insists on shoving down our throats. It's too bad that this is what the majority of middle America only gets to read about or see on television. They don't focus on all the Gay people that look just like anyone you might see at your grocery store, school or doctors office. Where are the Gay middle class average Joe or Jane? They're never on the front page! 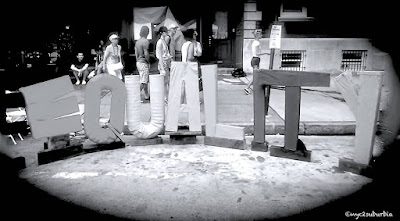 For me and many others, Gay Pride is the ability to be looked at as an Equal. Having all the rights that everyone deserves as humans. Feeling proud is waking up next to the person you love and being able to be yourself. It's that simple!

Pride is about being Proud of who you are. It ain't just a day or a month or a parade. Pride is something we can all have everyday and is not just limited to being Gay.

Thanks 4 Checkin' Out nyc2vin
Start Spreading the News...