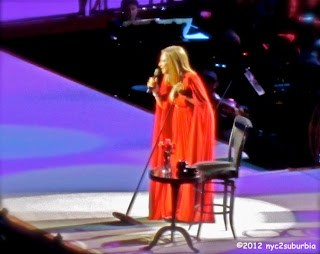 People say that you can never go home again. Well, maybe "Some People... but some people ain't me " & they ain't Barbra Streisand either! We both returned "home" this month.

I return to NYC as often as my frequent flyer miles allow or whenever friends offer us their apartment. It helps keep me sane, almost like I'm living bicoastal instead of living bipolar in Suburbia!!! 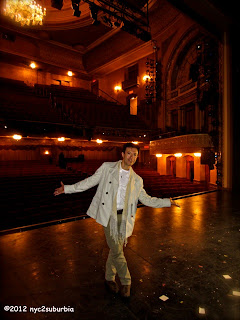 Whenever I return home to NYC, I get anxious that maybe I'm not going to "fit in" anymore. Perhaps I may have lost my "street smarts", ya know my "swagger", my New York rhythm & attitude. I am sooo happy to say that it hasn't happened yet - I still got it... and so does Barbra!

I have never been to a Streisand concert & even though I am not a fanatic, I'm still a fan. It was an extremely emotional night for me. Who wouldda thunk? After all, I did meet her & that was a "one on one" experience, but this was a totally different feeling. She was actually singing live! OMG, she still has some "set of pipes" to quote my mother. Being surrounded by her fans & hearing the songs that have always been a part of my life was almost too much to handle, Oy vey! Such a magical event. 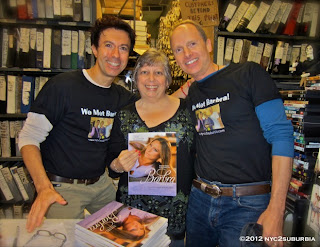 We also came back to NYC because a story I wrote about meeting Barbra was included in a new book "Barbra Memories" by Ally Waldman. It coincided with Barbra's Brooklyn concerts & commemorates her 50 years in show biz. Of course we went to the book signing & took a photo with Ally & met so many great people.

The skinny girl with a big nose from Brooklyn & the fat boy with big eyes from da Bronx both returned Home. The Brooklyn girl, the Bronx boy... but like I always say, the Bronx, Brooklyn, Jewish, Italian... it's all the same in NYC.

The day after the concert, while buying some bottled water, green juice & yogurt at Trader Joe's, a worker asked if I was a tourist. I asked her why she would say that & she said because I was smiling, happy & relaxed. It caught me by surprise & I started to laugh. I said... No, it's because I'm home! And ..." everything's as if we've never said goodbye..."


Thanks for visiting & spread the word. "Follow"  me already!
Whaddya waitin' for?